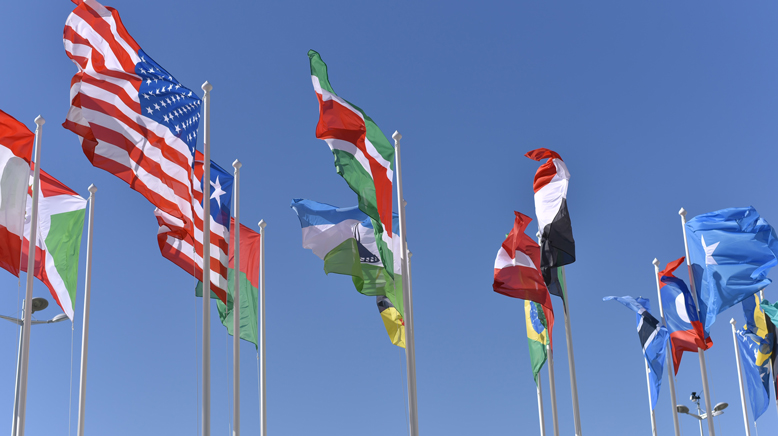 “America is back. Diplomacy is back at the center of our foreign policy”-President Joe Biden

On February 4, 2021, in his first foreign policy speech, U.S. President Joe Biden laid out a vision drastically different from his predecessor. In stark contrast to the last four years, the new President has declared a return to diplomacy at the heart of U.S. foreign policy along with restoration of alliances and multilateralism. In a symbolic address made at the U.S. State Department, the first agency visit by the President, he emphasized America’s return to the world stage as a global leader. In a move intended to boost morale at the State department, the President underscored the importance of safeguarding America’s security and prosperity through diplomacy. He also noted that his administration views domestic policy as intrinsically intertwined with foreign policy and that the interests of the American people will be at the center of all diplomatic endeavors. He added that domestic economic renewal will allow the U.S. to strengthen its leadership internationally while also allowing American businesses to compete. Additionally, President Biden spoke about amplifying American power through support of economic development initiatives globally.

While the remarks were brief, they were insightful and provide a clear preview of the new administration’s outlook, which is more humane and cooperative in nature than in the last four years. What can global leaders from Abuja to Zurich take away from this speech? There are few key messages to be noted.

1). A new era of global engagement has begun. The U.S. is re-entering the global stage buoyed by a strong belief in diplomacy and will work with other nations to rebuild its alliances as well as tackle common goals.  A pragmatic approach can be expected where America will seek to engage allies and adversaries as well as taking on competitors. Also, its role in international institutions and on the international stage will be transformed as the U.S. will once again lean on its alliances.

2). The new administration will undertake a bold foreign policy agenda. Given his deep foreign policy background, the new President will seek to tackle global issues such as the COVID-19 pandemic and climate crisis through enhanced cooperation and engagement. Rejoining of the World Health Organization and re-entering the 2015 Paris Climate Agreement are clear demonstrations of this global vision. Also, the Biden administration can be expected to develop more innovative and creative foreign policy initiatives to work with other nations on pressing global issues.

3). Democracy and human rights are central to the Biden foreign policy vision and agenda. In his speech, the president vowed to stand up for democratic ideals and against human rights abuses globally. In keeping with this perspective, President Biden announced that the U.S. would stop supporting Saudi Arabia’s military offensive in Yemen and the appointment of a Special Envoy to work on ending the conflict. He also declared that he will take action to rebuild and expand the U.S. refugee program by raising admissions from current low levels. In the hours following his address, an executive order on refugees was issued. He further noted that the U.S. domestic agenda will strive for equality, equity, and inclusion so that America can effectively promote human rights abroad.

Beyond these key points, the overall theme was about restoring respect and credibility for the U.S. globally. President Biden emphasized strong support for a free press, science, and facts as well as the need to acknowledge and address systemic racism. In this regard, he called for a comprehensive governmental approach in achieving equality and equity. Overall, his speech illustrates that the new administration is serious about reengaging the world. It is still early to determine how the new vision will be implemented. However, it is clear that the new administration will focus on transforming America’s image and position on the global stage. The early indications are very promising for countries and international institutions seeking to substantively engage Washington once again.